The 30 year old actress was riding a boat with some of her friends in Turkey, where she tried to pull up the anchor but somehow got tangled in it and got pulled into the water. Struggling to get back on the boat along with trying to free herself, the anchor sliced the tip of her finger on her left hand. Her friends were on the hunt trying to find the missing piece to her finger, with luck it was found.

LiLo was rushed to the ER where she had a plastic surgeon reattach it. Lindsay shared a picture of her finger bandaged up and posted it on her Snapchat with the caption “I almost lost my finger from the anchor. Well. I lost half my finger, thank goodness we found the piece of my finger… I just had surgery to fix it…. It hurts so bad”. 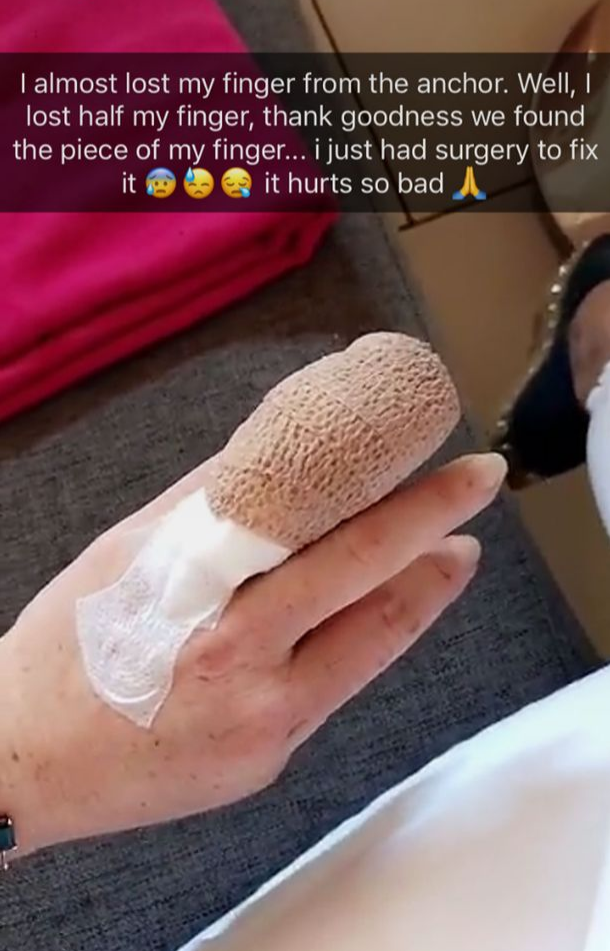