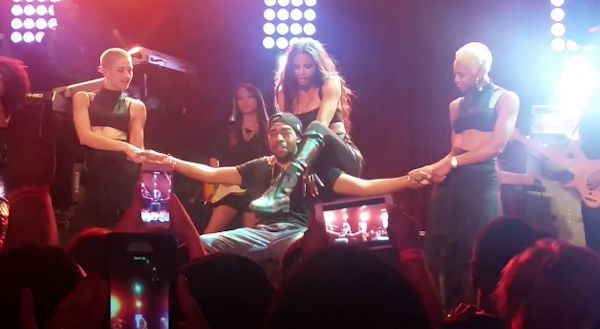 Doing her first tour six years later, Ciara is heading off to a good start. The Atlanta native performed in Chicago’s house of blues and shut it down with her pop lock and drop it signature moves across the stage, but later on during the show no one was expecting Ciara put it down on a fan when she gave him the lapdance of his life. CiCi flaunted her both her goodies and flexibility as she positioned herself in a backbend with ease, popping into a handstand, and straddling her legs around the lucky guy of the night. Russell missed out big time!

You don’t just see Ciara giving guys lapdances, she goes in on the female fans too.